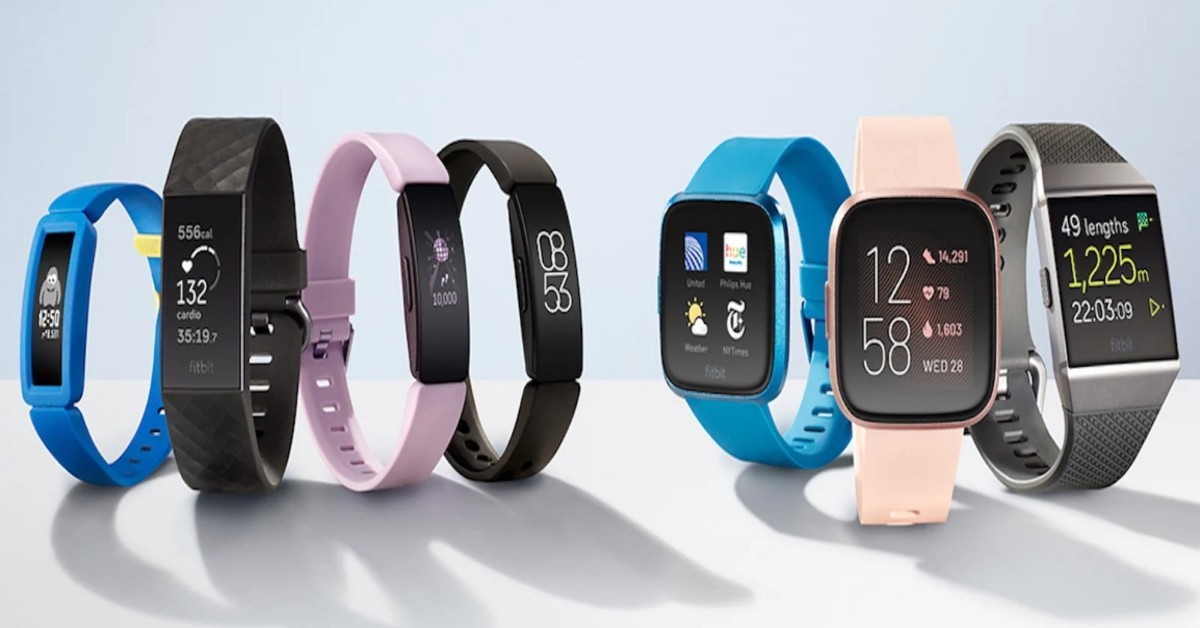 Wearable technology isn’t for the adults’ community alone anymore. And if you look at the Fitbit collection for a moment, you’ll see at least 5 models that are downright suitable for kids.

Quite too often, the best Fitbit for kids can:

And it doesn’t matter if your child is new to fitness activity trackers or if they’ve used different alternatives to the Fitbit models.

A well built and performance optimized Fitbit can make a big difference in their lives.

Best Fitbit for Kids: Reviews for Boys, Girls, and Teenagers

Even if Fitbit Ace isn’t up to scratch like the Ace 2 is, it’s still pack the punch better than Garmin Vivofit Jr 2 and LeapFrog LeapBand do.

In addition to counting steps, Fitbit Ace can count active minute, provide an estimate of calories burned, and analyze the quality of a child’s sleep.

The reminder to move technology encourages kids to stay active by feeding the device with steps after every 60 minutes of inactivity. In a way, the feature spikes a desire to stay active and inspires kids to develop a healthy workout routine.

And then there are celebratory badges and message, which kids earn for motivation after meeting certain workout targets.

The 5-day battery life isn’t just fine for the price point. It means no need for constant charging, especially given that it doesn’t feature a built-in GPS system.

Because the Ace doesn’t erase fitness stats at 12 midnight, you get to keep all the sleep data. Given the significance of this information, it might be helpful in optimizing your child’s sleeping routine.

Keep in mind that Fitbit Ace is an IPX7 device, and is therefore not a swim friendly device.

So for the kids that love to go swimming on the weekends or after, this fitness watch may not be nearly as helpful in tracking pool stats.

The original Fitbit Ace isn’t a robust kids’ activity tracker. And while it does perform well on different fronts, it could be even better.

The coming of Fitbit Ace 2 brought with it some unique differences, one of them being that kids as young as 6 years old can now get the most out of the tracker.

Fitbit made the Ace 2 tough responsive, tweaked the charging system, and added new clock faces that kids will definitely love.

The Fitbit Ace 2 for kids is cheaper than the original model, a good pick to consider if you’re under a budget.

Fitbit even went as far as to revise the age limit for kids who can use its devices, now allowing children as young as 6 years old to own and use the Ace 2.

The waterproof design is a technology missing in the original Ace. So it’s good to see that the relatively cheap Fitbit Ace 2 is a waterproof Fitbit for swimming, with a water-resistance rating of 5 ATM.

It’s no doubt that Ace 2 performs better than the older model. It allows kids to set fitness goal, count their steps, sum up their active minutes, and even evaluate the quality of their sleep.

Add to this the vibrating alarm and you get a full package that can help teenagers as well as young boys and girls lead a healthy life.

As powerful as the Fitbit Ace 2 activity watch for kids is, it doesn’t feature a heart rate monitor and it lacks a built-in GPS.

Fitbit Flex wireless activity wristband may not be the most customizable option on the shelf. But it’s still a good option to consider if you need a device that kids can use for activity and fitness tracking.

It’s rubbery in design. But it’s not the most attractive device in my opinion. Still, it’s comfortable and lightweight, so kids can wear it for long without worrying about wrist pain from a Fitbit device.

While it doesn’t support many premium feature, Fitbit Flex wireless activity tracker still lives up to something in terms of performance.

Kids can use it to count total steps, distance covered, and active minutes.

Its accelerometer, which monitors movement during sleep, makes it easy for you to know how much time your child spent sleeping.

A waterproofing design would have made the Fitbit Flex a better option for those who love to swim. But even without this feature, it’s still an all-day activity tracker that gets a lot done.

As old as it may be, Fitbit Alta is a good bargain to get your kids if you want to keep them in the fitness loop.

It looks someone similar to the old school Ace, especially because the two share similar design elements. However, Alta is an advanced built, and it comes bundled with tons of premium features that suit older kids.

It’s an inexpensive option, one that’s ideal for parents who’re interested in a budget-friendly fitness watch from Fitbit.

The Alta will mostly appeal to girls as it does to the women who love fitness trackers. But that’s not to say boys can’t use it.

Perhaps the most outstanding feature of the Alta is the Smart Track sensor. It’s an algorithm that logs and tracks a workout on behalf of kids, so they still get their stats recorded even if they forgot to log the type of workout manually.

However, the Smart Tracker isn’t instant. It takes at least 15 minutes of doing the same exercise for the device to recognize and log it onto the Fitbit app.

With the Fitbit Alta for kids, sleep tracking happens on the fly. The device will enter into the mode on its own at night, and you can see detailed stats of your child’s sleep performance.

In particular, the sleep tracking algorithm will let you know the time your kids started to sleep, how long and well they slept, and the number of wake time.

Although Fitbit Blaze is an old model in the brand’s product line, it’s still a good enough option that can get kids moving and getting the most out of their everyday workout.

While Fitbit’s goal to make the Blaze its first ever smartwatch failed in the long run, we ended up having a robust activity and fitness tracker that even kids could benefit from.

As old as the model is, its algorithm can count active minutes, distance covered, steps taken, calories burned, and floors climbed.

In my opinion, the heart rate monitor added to the device is such a powerful feature, and for two good reasons:

First, it monitors kids’ pulse rate on the fly. And second, it also shows their current heart rate zone, making it easy to optimize the intensity of workout accordingly.

Common among men who are into Fitbit, the Blaze even includes an automated multisport tracker, which automatically monitors exercises such as cycling, cardio, and cross training.

Fitbit Blaze for kids is one of the smart trackers that have a built-in GPS system.

When it comes to choosing the best Fitbit for kids, a model that’s easy to figure out is always the most reasonable option to consider.

And if you don’t like all the other picks I’ve included on this list, you should consider going for the Fitbit Charge 2.

Since it’s somewhat tinted to reflect sunlight away from the face, kids should find Fitbit Charge 2 very easy to read.

Again, the OLED screen will go off automatically in still moments, saving on battery.

In terms of performance, Fitbit Charge 2 gets all the basics right. It’s a good option for sleep tracking, breathing exercises, and cardio fitness analysis.

It even has multisport modes and auto-tracking technology. That means it can recognize a child’s workout and log it automatically on their behalf.