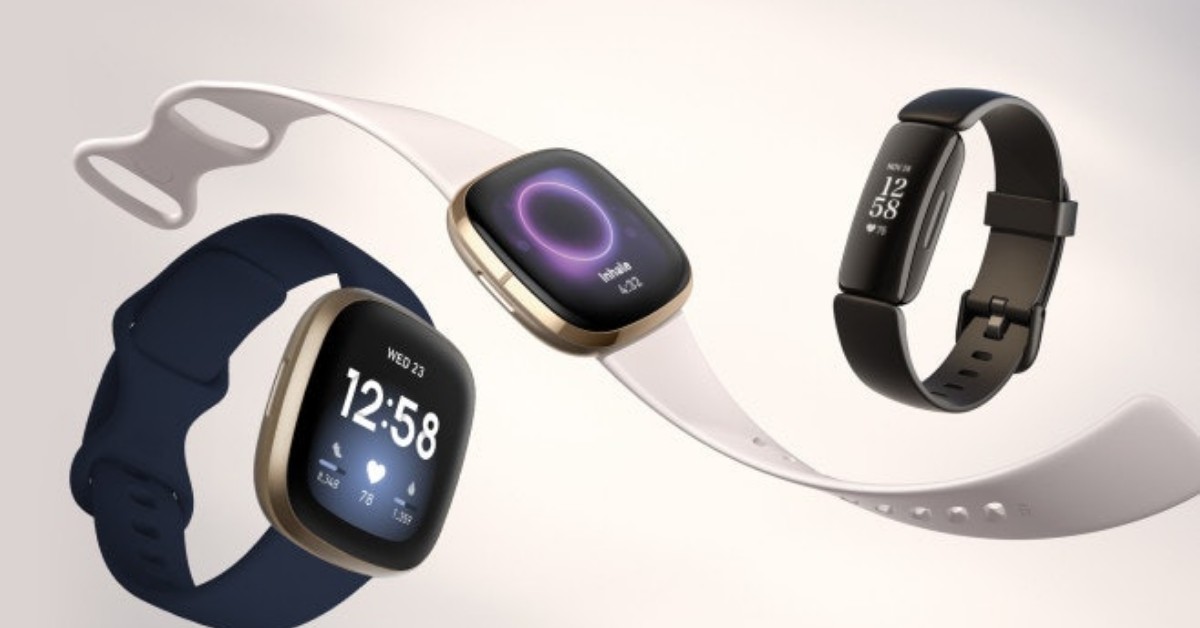 From tracking laps and strokes in a swimming pool to standing up to splashes in the shower and downpour in a rainy weather, the best waterproof Fitbit are the deal when you want to keep tracking all the time.

Rated as 5 ATM, which, in non-technical term means water-resistant up to a depth of 163 feet, the Fitbit models I’ve reviewed in this guide can survive even the deepest swimming pool in the world.

In other words, you’d need more than just water to destroy these devices.

To be clear, Fitbit only has a handful of waterproof devices in its inventory, with the most powerful options being the latest Fitbit Charge 4 and the Fitbit Sense.

Waterproofed to a depth of 50 meters, and good at tracking swimming, the Inspire HR is a model to consider if you look forward to analyzing your laps and strokes while swimming – or after.

And even if you’re not into swimming, you can use Inspire HR in inclement and rainy weather to track activities such as running and cycling.

To touch a little on the premium built-ins, the Inspire HR comes bundled with a heart monitor and HR zone analyzer, which ideally helps you to optimize the intensity of your workouts.

It even shows resting heart rate, not to mention filling in on the calories burned from a given session of workout.

When it comes to tracking your exercises, trust the SmartTrack technology for the job. If you think about it, logging your workout manually can be tedious.

So the SmartTrack is a definite lifesaver, good for automatically detecting a type of workout after a few minutes.

And while being waterproof has nothing to do with it, the Inspire HR is one of the good Fitbit devices to use for sleep tracking.

Fitbit had big plans with the Ionic. Initially, they’d wanted to make it both a fitness tracker and a smartwatch.

Yet even with the inclusion of features such as NFC chips for mobile transactions, the Ionic didn’t come close to a real smartwatch.

A failed attempt notwithstanding, the Ionic ended up being one of the best waterproof fitness trackers in the brand’s collection.

In fact, its ability to track swimming exercises, from stroke styles to laps, makes it a good choice for fitness enthusiasts who want to know their water workout performance.

The 5 ATM rating is big deal in our case. If we convert this number into feet, we get around 163.

It means that the Ionic can survive in water up to such a depth, making it an ideal tool to use even in the deepest swimming pool in the world.

Frist, it takes about 3 minutes to detect your swimming workout, logs it into the system, and the starts tracking.

Second, it pauses tracking when you stop working and then resumes as soon as it detects another movement.

This fitness watch even has a built-in storage that can hold up to 300 workout tracks. Paired with a good deal of waterproof Bluetooth headset, you can use the Ionic to listen to music while you swim.

Fitbit Versa is more than just a fitness tracker with a waterproof design.

It also doubles as a smartwatch with female health tracking and therefore an ideal Fitbit for women who would like to use a smart wrist device to keep their health in check.

As an all-day activity tracker, one that matches up with the Versa Lite Edition on many fronts, the original Versa routinely counts steps, stairs climbed and total distance covered.

Like Inspire HR and Ionic, the Versa Smartwatch can resist water by 163 feet, making it ideal for women who are into scuba diving and swimming.

With this standard edition, you can store more than 300 music tracks and use the playlist to get the most out of your workout experience.

The built-in heart rate sensor doesn’t just give an estimate of calories burned. It’s also a robust built for optimizing the intensity of your workout.

A combination of a built-in coaching system and on-screen workout allows you to create and adapt to an effective workout routine right from your wrist.

Add to this the preset workout modes, and you can take your workout experience to the next level with the Versa Standard Edition.

While there’s no big difference between Charge 2 and 3, the latter seems to be a more improved model that the company has ever built.

If you think about it, the Charge 2 model is good in so many ways. The only issue here is that it doesn’t belong in the waterproof category of Fitbit devices.

Its upgrade, Fitbit Charge 3, is an impressive substitute that you can use if you would like to track swim workouts. Just like the other models in this review, the device is waterproof to a depth of 50 meters, beyond which it wouldn’t function.

In addition to goal-based exercises, Charge 3 includes 15+ preset workout modes, from running and cycling to swimming and yoga, which you can use to personalize your workout session.

Really the goal of these preset exercise modes is to help you develop an effective workout routine. And if you can stick to one, you’ll go a long way to become a better you.

The heart rate sensor in Charge 3 isn’t different from that in its previous version. Built to work 24/7, not to mention show heart rate zone, the pulse rate monitor can help you to optimize the intensity of your workout as you deem fit.

If you’re looking for a waterproof Fitbit that kids can use for swimming, get them the Fitbit Ace 2.

From a design standpoint, Fitbit has given this model quite a touchup. And while it isn’t as intuitive as the original model, it still looks great from a distance.

It’s colorful and lightweight, with a friendly plastic body and a clearer screen. It even includes additional watch faces for customization and personalization, which is something that appeals to younger audience.

Speaking of water-resistance, Fitbit Ace 2 has the same waterproofing standards as the other models in this review.

In other words, it can survive in water by up to a depth of 163 feet, making it a decent option for the young adults that love to hit the pool.

The Ace 2 is not robust in terms of fitness and activity tracking, but the basics are still good enough for the price point.

However, it doesn’t feature a heart rate sensor or an onboard GPS.

One of the most interesting things about Fitbit Ace 2 is the revised age limit. A kid as young as 6 years can wear the device for all day activity and fitness tracking.

Let me say this:

There are many waterproof fitness trackers in the market right now.

But if you need a brand that’s serious about both solid design and great performance, Fitbit models are the right fitness watches to go for.