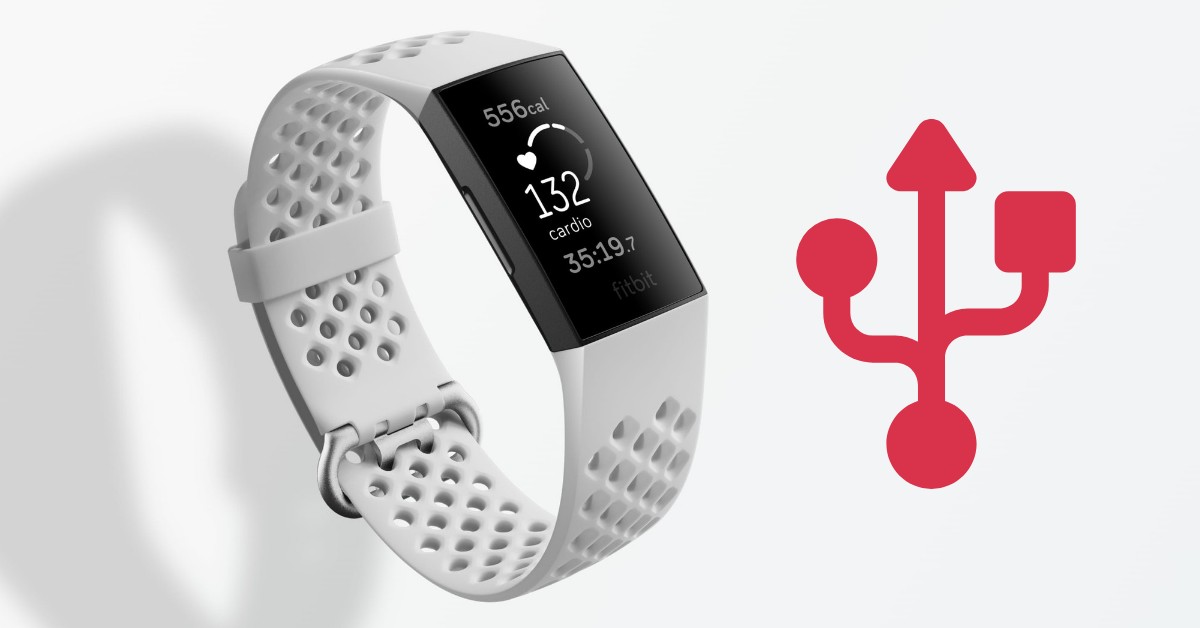 Today you’ll learn more than just how to charge a Fitbit.

I’ll also show you how to check the battery level of the device. Not to mention how you can extend the battery life of whichever Fitbit model you have.

Except for Fitbit Zip and Fitbit One, the rest of the models come with rechargeable lithium ion batteries that you can easily recharge using a USB cable.

More often than not, charging the device is as simple as plugging the USB cable in a power outlet or a computer, connecting the charging end to the Fitbit, and letting the device charge on its own.

So let’s get down to it.

The Right Way to Charge a Fitbit

Follow these steps to charge your Fitbit device the right way:

Every Fitbit has a LED indicator that lights red to indicate that the device is charging. If you don’t see the red light, simply check if you have connected the USB cable properly.

Note that it takes 60 to 120 minutes for the device to fully charge. The red light will go off to indicate that the tracker’s battery now has 100% charge.

And the best part is the charge usually gives you a run time of 5 to 7 days, which means you only need to charge the device once a week.

How to Check the Battery Level in a Fitbit

To check your Fitbit’s battery level:

Whichever the option you choose form the two, you should be able to see the current battery level of your Fitbit fitness tracker.

How to Extend the Battery Life of Your Fitbit

Now that you know how to charge your Fitbit activity tracker and smartwatch the right way, it’s time to extend this even further and look at ways to extend the battery life.

When charging any Fitbit fitness tracker, make sure the temperature in the room is not above 115° F or below 32°F.

That’s because charging fitness trackers in extremely high or low temperatures have negative impact on their battery life.

Make sure the screen of your Fitbit doesn’t go on or off unnecessarily.

Sometimes this happens when you sway your arms and it can affect the battery life. The best thing to do is to make sure the Fitbit stays fixed in one position in your arm. Simply fasten the band and you’re good to go.

If you are a Fitbit Ionic, Versa Series or Charge 3 owner, make sure that the auto brightness is on or manually adjust the brightness to a lower level. This will save you some charge.

Disable notifications such as app alerts, reminders and alarms unless you’re sure you really need them. Just use your phone instead so you don’t have to charge the Fitbit all the time.

We recommend that you avoid animated clock faces because they consume a lot of energy. Plus, you don’t really need the animation anyways.

One last thing to observe is that you must never charge your Fitbit overnight.

How to Store a Fitbit Device Long Term

If you’ve decided that you want to store your Fitbit away for a while, make sure you do it the right way.

Frist, make sure your charge the device until the battery is full. Then, turn it off completely. When you intend to store your Fitbit for long it isn’t a good idea to leave it plugged in the charger.

It’s important to note that the charge will last for roughly 6 months. So you just have to recharge the battery after every six months if you intend not to have the Fitbit on your wrist for an extended period.

We also advice that you put the tracker back in its packaging, and then store it away in a cool and dry place – far away from the reach of children.

Are there Fitbit’s with Replaceable Batteries?

Yes, there are only two Fitbit trackers with replaceable batteries. These are Fitbit One and Fitbit Zip.

What we love about these two is that they have a decent battery life.

Both can last more than 5 months without the need to replace the battery.

However, we do recommend that you change the battery between the 5th and the 6th month for convenience.

Making Sure Your Device Never Runs Out of Charge

Here’s a scenario that you’ve probably found yourself in:

You are in the middle of an engaging activity and the charge runs out.

You not only loose the rhythm but also get demotivated because you have to go back home and charge the tracker, not to mention that you have to wait for at least 2 hours for the battery to charge.

It’s annoying. And while you won’t find yourself in this can of a situation often, you know how inconveniencing it can be.

The best thing to do is to make sure you check the battery level of the Fitbit before hitting the road for your morning workout. If the battery is low, plug it in to a power outlet or your laptop and wait for two hours for the device to charge.

As you can see, charging a Fitbit fitness tracker is not that difficult at all. Plus, we’ve given you some points that can help you to extend the battery life of the device that you currently own.

Whether you own a Fitbit Inspire HR or you’re a fan of the latest Charge 3, all these tips do apply to your device.

Fitbit Zip and Fitbit One owners don’t need to follow these tips, as their replaceable batteries aren’t rechargeable. They only have a long life, which promises an extended runtime.